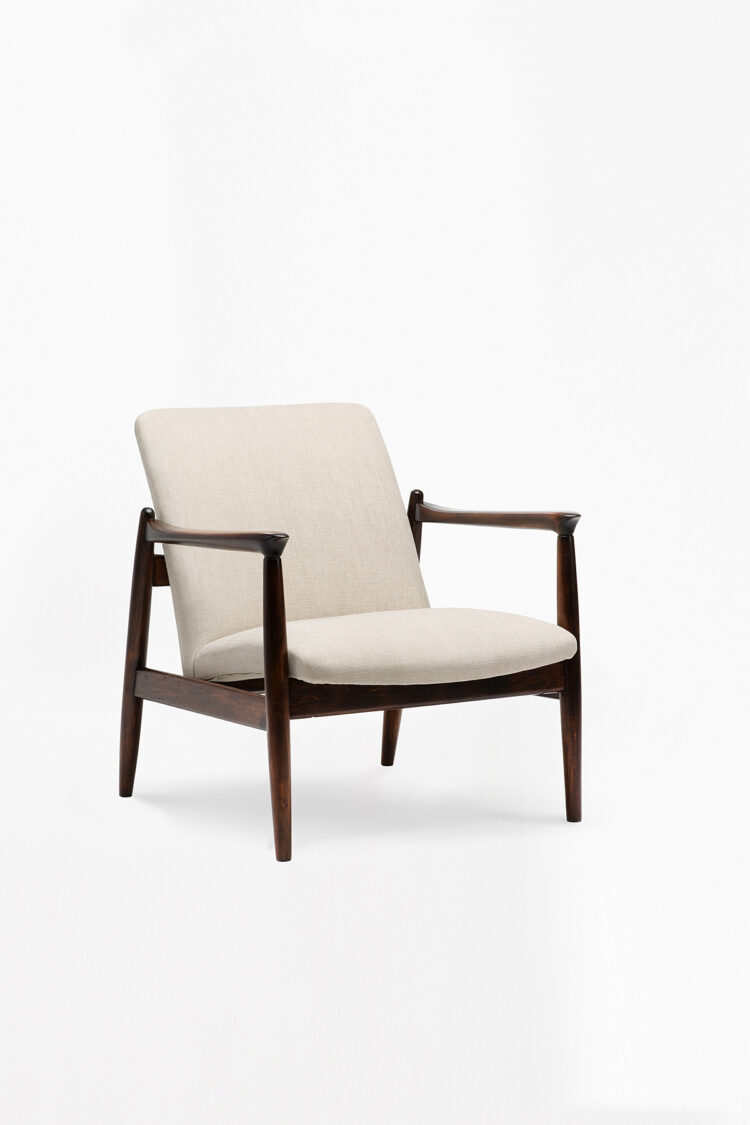 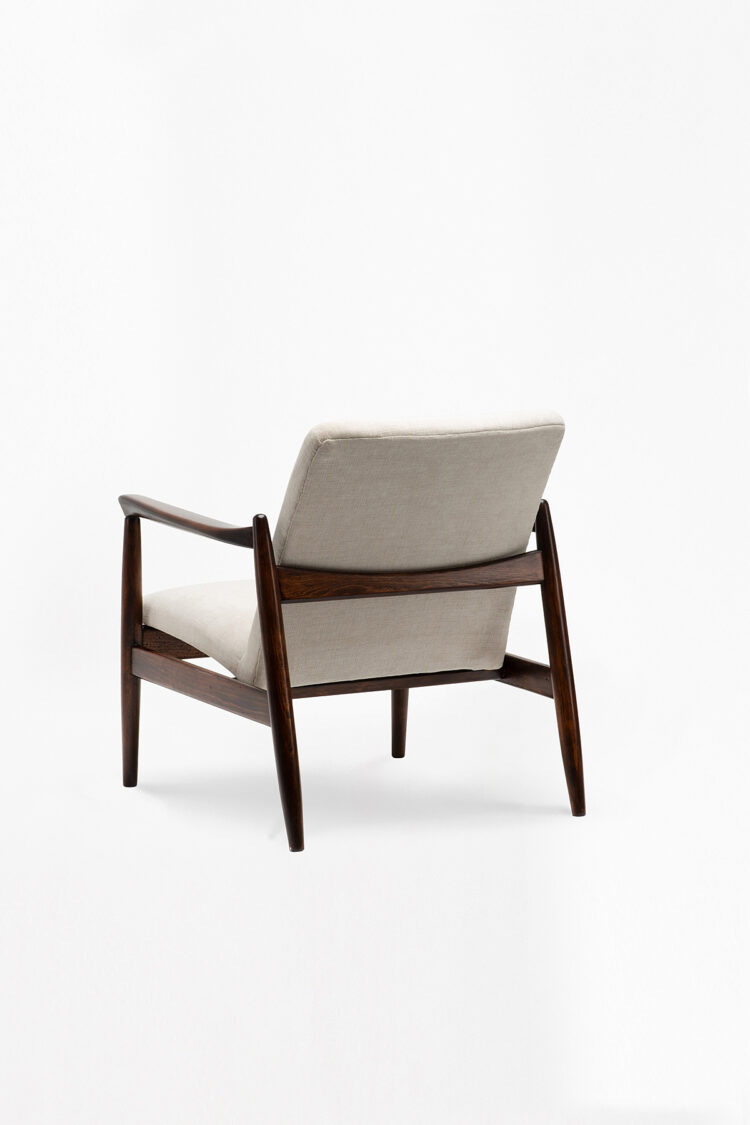 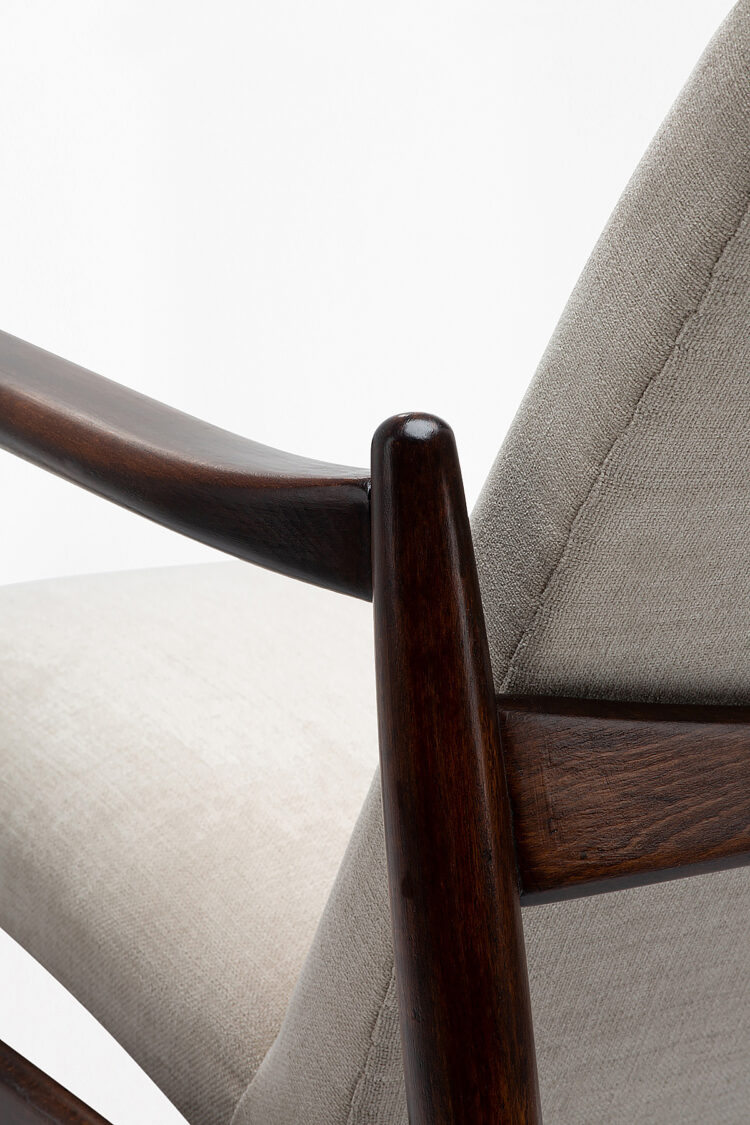 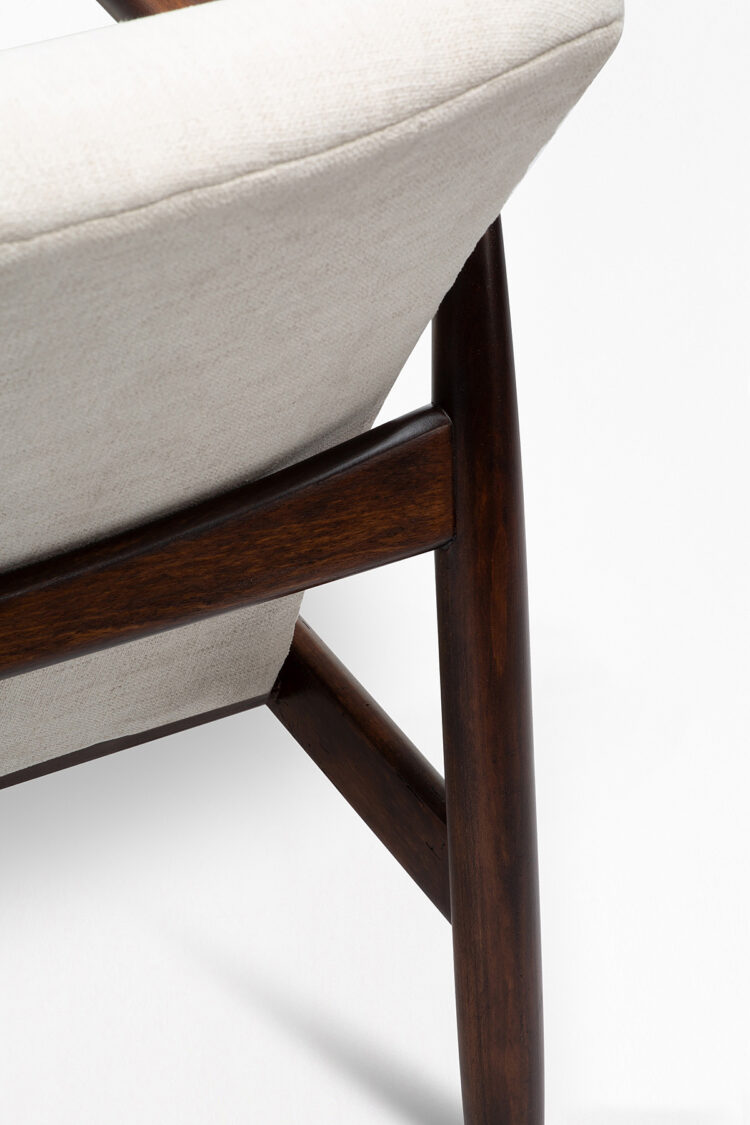 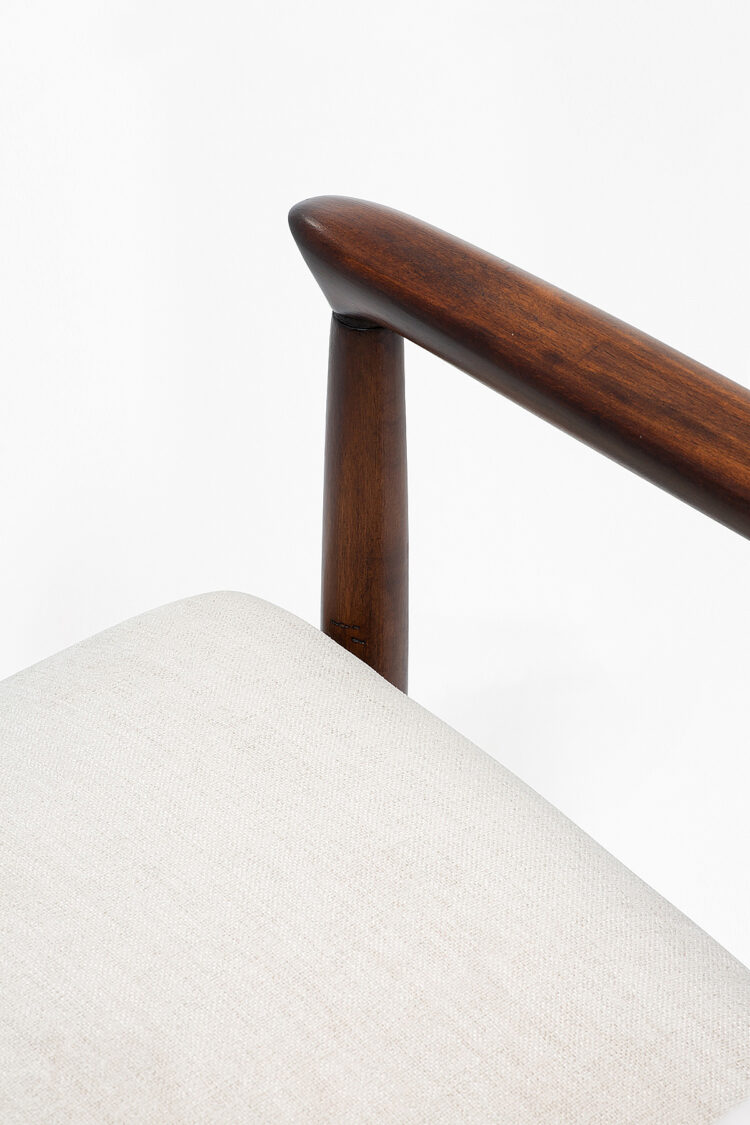 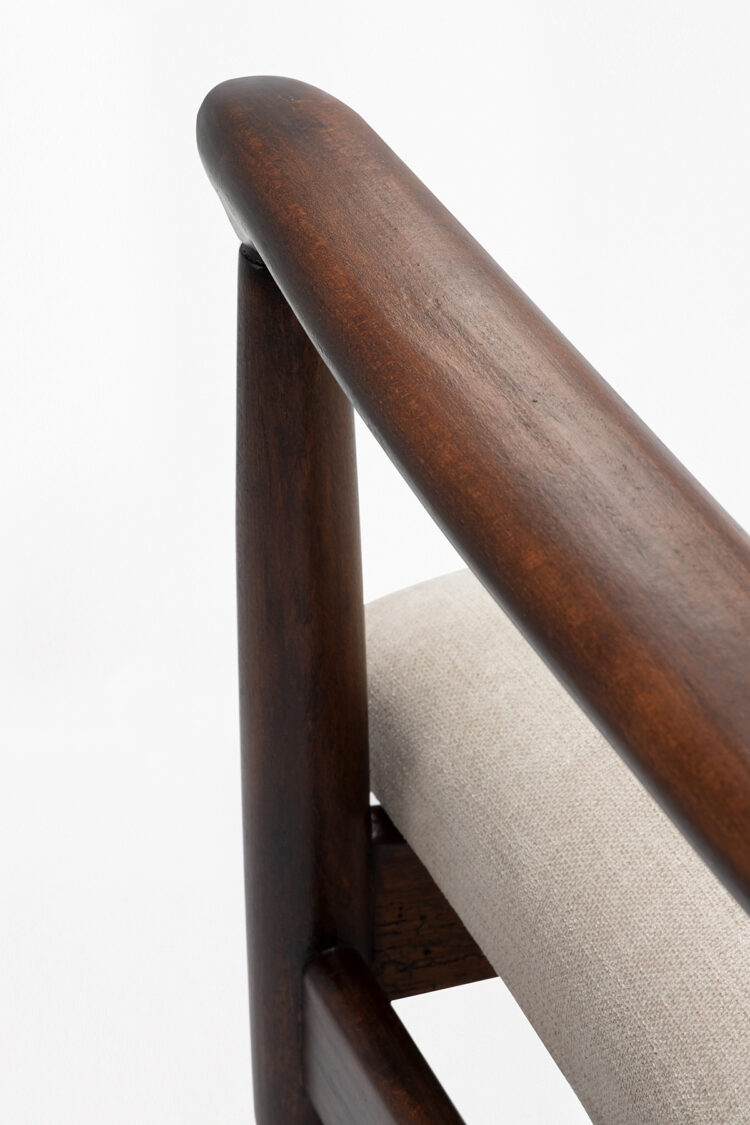 Armchair underwent a carpentry and upholstery renovation.
After removing the old varnish, the wooden frame has been stained brown and covered with a few coats of varnish.
Furniture’s filling was replaced and upholstered in high quality fabric. 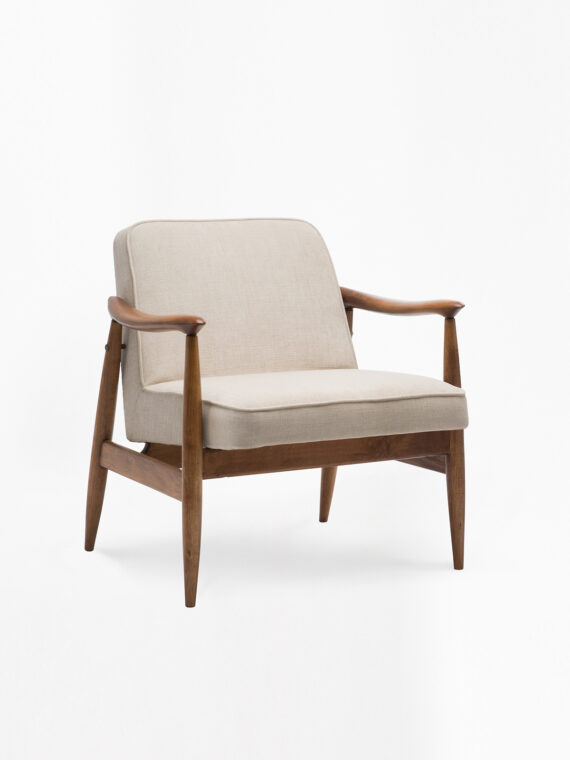 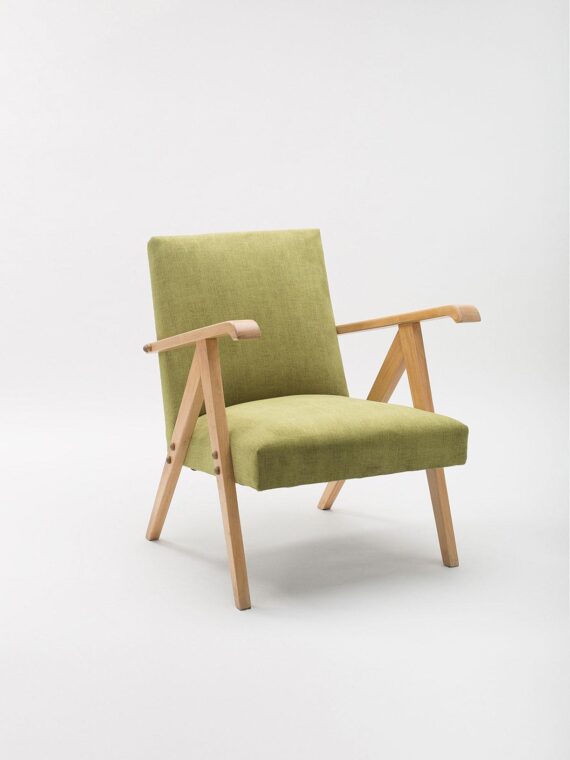 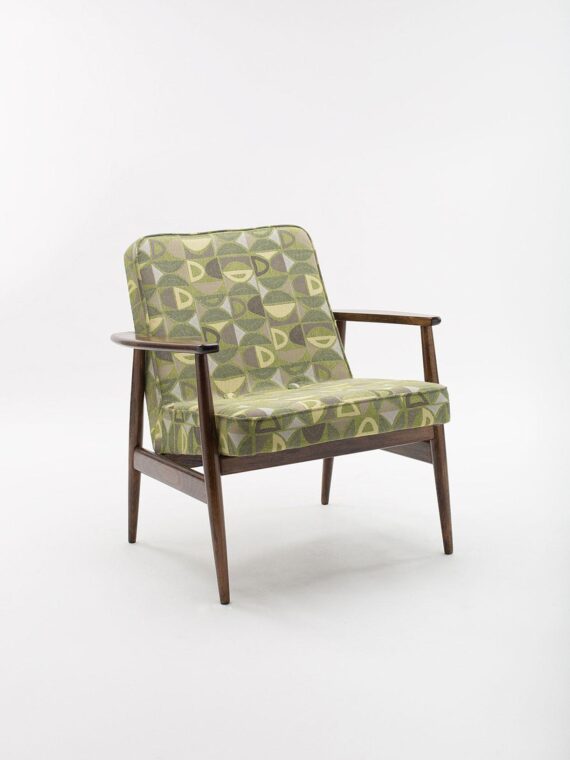